Share a memory
Obituary & Services
Tribute Wall
Read more about the life story of Terry and share your memory.

Terry L. Snider, 78 of Somerset, went home to be with the Lord at 9:52 p.m. Tuesday, January 17, 2023, at Riverside Methodist Hospital surrounded by his loving family. Terry was born December 12, 1944, in Somerset, Ohio, to the late Lawrence James and Thelma Bell (Bigham) Snider. Terry was a member of Holy Trinity Catholic Church. He retired in 2009 from Central Silica where he had worked for 35 years. He was a devoted father to his four children; Kenny Lee Taylor of Columbus, Lisa (Snider) Wing of Shawnee, James Patrick Snider of New Lexington, and Lori (Snider) Whitlatch of The Plains; and a son-in-law, Charley Whitlatch. He was a loving grandfather to 8 grandchildren; 9 great-grandchildren and two on the way; 3 brothers, Richard (Judy) Snider, Ron (Lynn) Snider, and Mike Snider; one sister, Juanita Kendall; and several nieces and nephews. In addition to his parents, he was preceded in death by his wife, Mary Rita (Duffy) Snider; one brother, Lloyd “Gene” Snider; one sister, Kathy (Snider) Shafer; and a son-in-law, Daniel Wing. Friends may call from 2-4 p.m. Sunday, January 22, 2023, at the Bope-Thomas Funeral Home in Somerset. Mass of Christian Burial will be celebrated at 11:00 a.m. Monday, January 23, 2023, at Holy Trinity Catholic Church with Father Andre’ Joseph LaCasse O.P. as celebrant. Burial will follow in Holy Trinity Catholic Cemetery. www.bopethomasfuneralhome.com 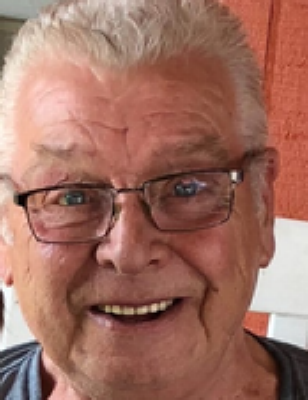