Share a memory
Obituary & Services
Tribute Wall
Read more about the life story of Robert and share your memory.

Robert “Bob” Sterner, 92 years young of Somerset, passed away peacefully on Wednesday, December 28, 2022, at SharonBrooke Assisted Living in Newark, Ohio, surrounded by the love of his family. Bob was born May 5, 1930, in Somerset, Ohio to the late Leo Wilfred and Mary Louise (Finnen) Sterner. He was a lifelong resident of Somerset until moving to Newark three years ago. He was a graduate of Holy Trinity High School, member of the Somerset American Legion where he served as Sergeant at Arms and attended St. Joseph Catholic Church where he served on the Parish Council. Everyone who knew Bob knew of his great sense of humor. Bob was most proud of his time serving our country in the Army during the Korean War and as Veteran Services Commissioner for Perry County. He enjoyed serving as a mediator for many years. He loved attending sporting events for his daughters and grandchildren. Bob retired from Rockwell and enjoyed a 30-year retirement. Along with his wife, Pat, he was the owner of Sterner’s Sales & Service for many years. Bob is survived by his wife of 62 years, Patricia “Pat” (Fleer) Sterner; sister, Agnes (Sr. Matthias) Sterner; daughters, Carol Krofft (Marty Cawthon), Diane Sterner, Linda Strait (Terry Wright), Tina (Bryan) Boyer and Amy (Brent) Curry; grandchildren, Amanda Krofft (Jud Carnes), Andrew Krofft, Allie (Kyle) Vaubel, Cameron Strait, Taylor Strait, Ethan Strait, Austin Boyer, Mason Boyer and Drew Boyer; great-grandson, Beckett Vaubel and his soon-to-arrive baby sister; plus numerous nieces and nephews. Bob is predeceased in addition to his parents, by his siblings, James “Buck” Sterner, Virginia “Toot” Dupler; brother-in-law, Owen “Jake” Dupler; and infant daughter. The family would like to thank SharonBrooke and Hospice of Central Ohio for their support and care for Bob. Friends may call from 3-6 p.m. Monday, January 2, 2023, at the Bope-Thomas Funeral Home in Somerset. Mass of Christian Burial will be celebrated at 11:00 a.m. Tuesday, January 3, 2023, at St. Joseph Catholic Church. Burial will follow in St. Joseph Catholic Cemetery. Memorial contributions may be made to Holy Trinity School or Hospice of Central Ohio. www.bopethomasfuneralhome.com 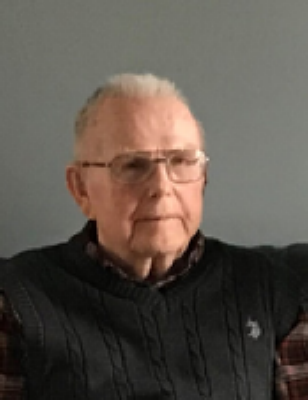