Share a memory
Obituary & Services
Tribute Wall
Read more about the life story of Noel and share your memory.

Noel Harvey Ridenour, 83, of Somerset, passed away at 9:32 p.m. Wednesday, January 18, 2023, at Somerset Altercare. Noel was born November 19, 1939, at the family home near Glenford, to the late Harvey M. and Helen (Rousculp) Ridenour. He graduated from Glenford High School, Class of 1957. He was a member of the St. Paul Lutheran Church in Glenford, and later joined the Spring Hills Baptist Church near Somerset. He was also a member of the Glenford Lions Club. Noel worked for Central Silica, was a brick layer, and later took up plumbing, starting his own business then joined forces with his son Andy, David Bennett, and Bill Davy who formed Tri-County Plumbing in Thornville. This led to opening a hardware store at the same site. Noel enjoyed fishing trips to Canada, bowling, golf, and his farming. He had a beautiful singing voice and sang for many events including the Minstrels that used to occur in the community, the Community Christmas Variety Shows at Sheridan High School, funerals, and weddings. Noel is survived by his wife, Millie (Coulter) Ridenour, whom he married in 1964; three children, Andrew (Tina Edwards) Ridenour of Glenford, Michele Ridenour of Somerset, and Kris (Lance) Seidel of Timnath, Colorado; four grandchildren, Nick (Brandi) Ridenour of Somerset, Kalie (Robert) Bernard of Glenford, Colter Ridenour of Fort Gordon, Georgia, and Luke Ridenour of Glenford; eight great grandchildren, Noah, Drew, Jase, Levi, Alice, Noelle, Vance, Delilah, and number nine on the way, Baby Ava; one sister, Carol Ann Dodd of Columbus; and several nieces and nephews. In addition to his parents, he was preceded in death by his siblings, Marjorie Schwenker, Gerald Ridenour, Bonnie Le Brandon Arbaugh, and Florence Harlan. Friends may call from 9:30 a.m. to 10:30 a.m. Saturday, January 21, 2023, at the Bope-Thomas Funeral Home in Somerset where services will be held at 10:30 a.m. Saturday. Burial will follow in Highland Cemetery, Glenford. In lieu of flowers, memorial contributions may be made to the Alzheimer’s/Dementia Associations or to Spring Hills Community Church, 10625 Stone Quarry Rd. NW, Somerset, Ohio 43783. www.bopethomasfuneralhome.com 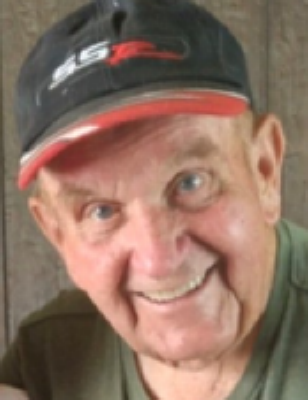