Share a memory
Obituary & Services
Tribute Wall
Read more about the life story of Charles and share your memory.

Charles William Pickett Sr., 74, of Somerset, passed away on Friday, December 16, 2022, at Riverside Methodist Hospital in Columbus. Charlie was born on August 14, 1948, in Chauncey, Ohio, the youngest of 8 children of the late Emmitt and Ruth Pickett. Charlie graduated from Lancaster High School in 1967. He served as a combat engineer in the United States Army in Vietnam from 1969 to 1971. Upon discharge from the military, Charlie became a law enforcement officer for the Perry County Sheriff’s Department as well as the police chief in Somerset, Ohio. He went on to retire from Ohio University Zanesville and spent most of his retirement helping numerous veterans with VA issues. Charlie was a certified casa representative for Perry County Children’s Services. He loved tinkering and attending auctions. Charlie is survived by his brother, Larry Pickett; wife, Trinia Pickett; sons, Chuck Pickett (Heather), and Jarod Pickett; daughters, Jamie Banks (Jeff), Angelina Cassady (Matt), and Stacy Smith (Rick); as well as many grandchildren. In addition to his parents, he was preceded in death by his brothers, Jim, Ron, Ed, Dick, Mark, and Dean Pickett; and a sister, Dorothy Canale. Friends may call from 3-5 p.m. Wednesday, December 21, 2022, at the Bope-Thomas Funeral Home in Somerset where services will be held at 5:00 p.m. with Timothy Poling officiating. 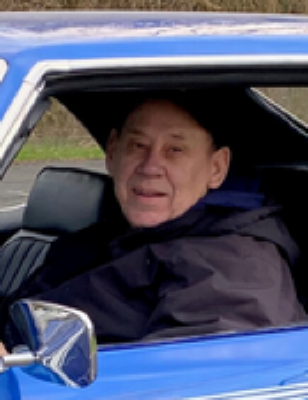