Share a memory
Obituary & Services
Tribute Wall
Read more about the life story of Betty and share your memory.

Betty J. Ballou of Granville, OH., formerly of New London, N.H. died December 25, 2022, at Middleton Senior Living. Betty was born October 28, 1930 in Croydon, N.H. and to our knowledge was the last planned home birth in Croydon. She was the daughter of Dora Reney Gross and George Gross. Betty is survived by daughter and son-in-law, Daryl and Michael Shrider of Newark, OH, grandson Gregory Odom of Broomfield, CO, brother and sister-in-law, Richard and Joan Gross of Sunapee, uncle Maurice (Hap) Reney of Grantham, brothers and sister-in-law’s Frances Everard of Rochester, NH, John Ballou of W. Lebanon, NH, Margaret and her husband, Ted Pearsall of Alexandria, VA, Thomas Ballou of Croydon, NH, Dottie Jean Muzzey of Lebanon, NH, Elizabeth Monty of ME, Willis and Julie Ballou of Croydon, NH, Robert and Lynn Ballou of Seneca, SC and James Ballou of Croydon, NH along with numerous cousins, nieces and nephews. Additionally close friend and cousin Linda Morrow and longtime friends Jennett Willis, Frances Dunn and Ronald and Linda Odom. In addition to her parents Betty was preceded in death by her husband, Donal Ballou. Betty was raised in Croydon and attended her first 8 years in the one-room schoolhouse there before attending and graduating from Towle High School in Newport, N.H. in 1948. She very much enjoyed her small New England town upbringing and throughout her life enjoyed telling stories about ice skating on Spectacle Pond and up Sugar River or how the boys had to let the girls play softball to make up a team. On September 11, 1948 Betty married Donal Ballou. After finishing his tour of duty in the US Navy Donal and Betty lived first in Croydon, and then moved to Durham where Donal attended the University of NH and Betty concentrated on her roles as mother to their daughter Daryl and homemaker. After Donal’s graduation the family lived in many different places, including Pennsylvania, New Jersey, Connecticut, Texas, and Ohio. Betty was active in supporting Daryl’s school interests; often serving as a field trip chaperon or assisting with Girl Scouts. She also was a dedicated volunteer serving various organizations in different states in which she and Donal lived. Betty received honors for her exceptional volunteer service with The Pennsylvania Easter Seal Society and in 1986 received their Brace-for-an-Ace Award. Betty was an avid knitter, gardener and also did other needle work. Everyone who knew Betty was familiar with her love of sweets, especially donuts. Betty was unselfish, ever polite, thoughtful and well known for putting other’s before herself. She was loved by Daryl’s friends for her warm, kind personality AND for her big cookies that they still recall to this day. Her immediate family always begged for and extolled her famous lasagna. Nothing made Betty happier than having a grandson, Greg Odom. Greg loved spending time with his grandparents, especially at “the lake house” in New London. Betty relished the numerous times Greg’s friends gathered at their home and she was known by many as “Nana.” In her last years the sound of Greg’s voice always still brought a smile to her face. Eventually Betty and Donal retired back to their favored place of New Hampshire to be close to family and enjoy the area they loved. They celebrated 65 years of marriage prior to Donal’s death in 2014. They remained very much in love. Although Daryl and Mike had previously urged Betty to come to Ohio to be close to them, it wasn’t until a 2020 health crisis forced Betty to move that she would leave her home and self-reliance in New London to come to Middleton Senior Living in Granville, Ohio. She never lost her fight and fierce spirit of independence. She was indeed a tough “Yankee Women” till the end. Calling hours will be January 4th, 2pm-4pm at Chadwick Funeral Services, 235 Main St., New London, NH. The Funeral service will be held January 5, 11am at the First Congregational Church of Croydon, 29 Croydon Tpke Rd., Croydon, NH. Memorial contributions may be made to Easter Seals of New Hampshire and will benefit programming in Sullivan Co. To contribute make checks payable to Easter Seals of NH, 555 Auburn St, Manchester, NH 03103. In the memo section note In memory of Betty Ballou. 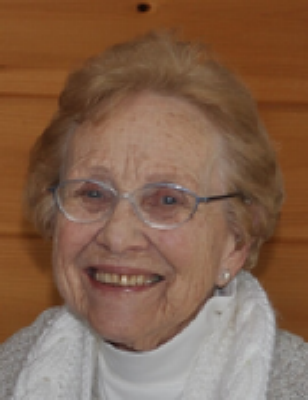